ADD/ADHD - The Social and Self-esteem Disorder 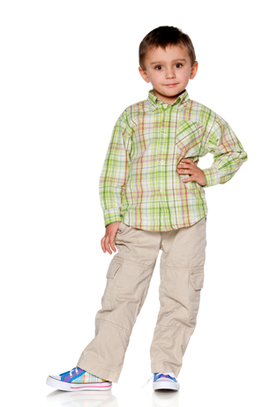 When parents, educators, and the general public think of ADD/ADHD they tend to focus on academic, or in the case of adults, career issues. It is true that many sufferers of attention deficit disorder and attention deficit disorder with hyperactivity show great impairment in school and work. This is due to the lack of concentration, distraction, memory difficulties, and procrastination that most people with ADD display.

Because of these problems performance in these areas are often erratic. Many times people with ADD do well when they are interested in an activity, but tend to "space out" and do poorly with both daily routine and in subjects which they either find boring or that they don't have a natural affinity for. Often students with ADD don't turn in their homework even when they have done it. Both students and employees with ADD/ADHD are often chronically late so it is natural that ADD has been thought of as a school or career dysfunction.

School and career problems pale, however, compared to other and less well known ramifications of attention deficit disorder. I view ADD as a social and self-esteem disorder that therefore affects every area of a persons' life if left untreated. Everyone with ADD/ADHD is different, but in general the people who have this disorder are often out of step with other people.

If they are hyperactive they move quicker than other people. They are louder than others. They are more impulsive and often interrupt the conversations of others. People with ADD often are so self-absorbed that they fail to pick up on the subtle cues and body language of another person. There is also a tendency to monopolize the conversation. They often misinterpret what is funny and will appear odd to others.

True empathy with others and the ability to put yourself in another's position is only possible if the prefrontal cortex of the brain is on and alert enough to communicate well with the limbic system area of the brain where the emotions reside. This communication is severely impaired in people with ADD because the prefrontal cortex is often asleep. Therefore it often appears that people with ADD do not care about others or their feelings.

A person with ADD is often irritable and restless, especially when the prefrontal cortex is impaired. Interestingly, if either a novel or significant event occurs the prefrontal cortex will pop on and awaken spontaneously. An argument or conflict will have the same affect. Therefore, people with ADD often become conflict driven. They start fights for no particular reason that others can see, but that action will actually help their brain function better short-term.

All of these problems lead to social difficulties and can end in ostracism. An ADD person's judgment is impaired and they will say and do things that turn people off and confuse them. This leads to isolation and a feeling of failure which results in severe lack of self-esteem. The social and self-esteem problems with ADD/ADHD have been under-reported or ignored in the past and it is important in my view to see them as at least as important if not more important than the school and career problems that result from the disorder.

Effective help is now available with either the stimulants or all natural supplements that have been shown to work as well as traditional treatment. The risks of severe self-esteem and the resulting social problems of not treating the condition are too great to ignore.