Attention Deficit Disorder - The Great Pretender or the Chameleon 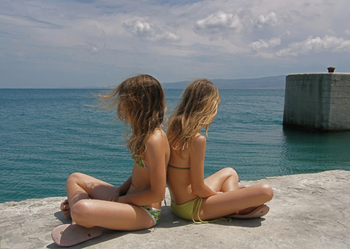 The media and therefore the general public have a clear, but misguided belief about what ADD/ADHD or attention deficit disorder is. They describe the stereotype of an 8-12 year old boy who is loud, obnoxious, unable to stay in his seat and focus, and who is failing school because he is stupid. At the same time, if this child is treated with a stimulant medication such as Adderall or Ritalin the belief is he is just a normal and active boy that the medical community or teachers are "drugging" unnecessarily.

Of course the truth is much more complex. The stereotype of hyperactive ADD is accurate in 25% of the ADD cases that I see in my clinical practice, except the reality is that the hyperactive child is usually very intelligent, but focuses on so many things at once that he is unable to attend to what is most important at the moment. Another deviation from the stereotype is many girls also display hyperactive ADD.

ADD/ADHD is a complex disorder that has seven main types, many disparate symptoms, and afflicts both sexes, children, and adults. ADD is the great pretender and often only shows up by discerning it through secondary conditions that develop from it. I first became aware of this when presenting chemical education for DUI groups. In the course of lecturing on the stimulant class of medications I would talk very briefly about ADD and Ritalin. Invariably I would be swamped by several people during the break who told me they thought they had ADD.

At first I viewed this as an attempt to get me to prescribe them stimulants to fuel their addictions of either alcohol or amphetamines. However, their symptoms seemed to fit ADD and I began to believe that their addiction was more a misguided attempt to treat their ADD by self-medication rather than a primary addiction. I found a daring and brilliant psychiatrist who was willing to take a risk and we began to give these amphetamine addicts small doses of Adderall, which is an amphetamine.

It sounds crazy, but over the years we have had a 95% success rate with over 500 patients and only 8 who began to abuse the medication. Instead of "drugging" these patients we were relieving both their symptoms and their existing addictions. That is an unheard of success rate when substance abuse treatment centers run at 40-60% success rates. 85% of untreated ADD sufferers turn to alcohol and drug addiction in a misguided attempt to feel better, so in reality not treating ADD results in "drugging" them and not the other way around.

Often clients who present themselves with anxiety, phobic, or emotional panic symptoms really have underlying ADD. There is a particular type of ADD that affects the Basal Ganglia in the brain that causes anxiety. The Cingulate System is the part of the brain that is involved with flexibility. If either of these areas are affected then anxiety, phobias, panic, irritability, and obsessions result. Because these symptoms are not readily recognized as ADD, it is easily missed even by physicians who then misdiagnose the client with generalized anxiety, panic disorder, Obsessive Compulsive Disorder (OCD), or Oppositional Defiant Disorder (ODD).

ADD can also be the underlying cause for depression as well when the Limbic area of the brain is compromised along with the traditional impairment in the prefrontal area of the brain that denotes either hyperactive or inattentive ADD. If ADD is present, then using antidepressants alone for this condition will not relieve all of the symptoms.

Temporal ADD is often missed as well and clients generally receive a diagnosis of intermittent explosive disorder instead. Temporal ADD occurs when the temporal area of the brain has been damaged through a blow to the head or by genetic heritage. People with this type of ADD often have explosive anger for no reason and a overall general irritable attitude. They often appear as if they are ready to explode.

Any of these misdiagnosed disorders causes frustration for everyone involved. In my estimation, 90 out of a 100 psychiatrists will miss ADD, especially when it varies from the hyperactive stereotype. Further education of both health care professionals and the general public is essential.

Many of these different types of ADD require different medications besides the stimulants to adequately treat the condition. If a stimulant is used with some of these types severe side effects result. A safe and effective natural supplement has been reported by many clients to work well with the symptoms of each of these conditions.