To Medicate Or Not To Medicate? - That Is The Question 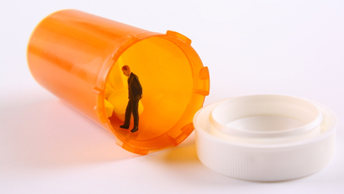 If you really want an argument all you have to do is mention the word attention deficit disorder, more commonly known as ADD or ADHD. Nothing will start a debate with more ferocity, passion, and often ignorance in any audience than the topic of attention deficit disorder. Everyone seems to have an opinion that they are convinced is absolute fact although when explored more fully it is often revealed to be just a personal passion that has been swallowed wholesale from the media.

The very existence of the condition is even questioned in spite of the absolute proof that is available now with the advent of SPECT brain imaging. This technique is most commonly associated with Dr. Daniel Amen, who was one of its earliest pioneers. Brain damage and psychiatric conditions are clearly seen by these scans which measure blood flow in the brain. However, even black/white and in color proof will not deter a zealot.

What makes a zealot is always fear. The fear surrounding ADD/ADHD is very easy to understand and needs to be treated with the compassion it deserves. The condition itself is hard to diagnose and confusing unless you are an expert because people with ADD can concentrate exceptionally well when they love something, it is new, or is a passion. However, when they are bored their brain automatically turns off. So parents and educators often believe that the problem is one of motivation, defiance, or laziness.

Parents know their ADD children are intelligent and erroneously believe that a child is being labeled as stupid if they have ADD. The opposite is the reality. Many of the smartest people in history have had ADD. Einstein is perhaps the best known.

In a very real sense the argument to medicate or not is a bankrupt argument because the sad fact is that 85% of all unmedicated ADD sufferers become alcohol or drug abusers or addicts. During the regrettable, but natural drug and alcohol experimentation stage all adolescents go through, those with ADD realize that some chemicals help their condition in the short-term. However, they seriously hurt the condition in the long-term.

Hallucinogens such as marijuana and tranquilizers like alcohol block the chaos in the brain of someone with ADD. Nicotine, caffeine, cocaine, and methamphetamines help them focus and calm down because stimulants have a paradoxical effect on someone with ADD. The argument that most people make about the stimulants is that the medical community is trying to drug their kids by getting them jacked up on stimulants or that they are going to turn them into zombies.

Luckily these arguments are invalid, because amphetamines react differently with someone with ADD. Someone without ADD will become stimulated and tend to become addicted, but someone with ADD will generally calm down and become focused. When they appear as zombies or sedated it means that they are either on the wrong dose or need a different medication. The problem is usually bad medication management rather than bad medicine.

The problem is complicated further by the fact that there are seven different types of ADD and not just two. Each of these types often require different medication regimes or the results could be worse than the original condition. In addition, 15% of the ADD population can still have serious side effects to stimulants such as Ritalin, Adderall, and Vyvanse. These include excessive sweating, bad breath, appetite and sleep disturbances, and anger. This is a serious problem.

An effective alternative is an all natural herbal, amino acid, and homeopathic compound. Hopefully, this will lessen the passion surrounding the argument of whether to medicate or not as it gives parents and educators other choices in the matter. Remember that someone with ADD will treat themselves somehow - it is only a matter of how they will treat it. I usually tell my clients with ADD and their parents that it is never OK to be without a prefrontal cortex.